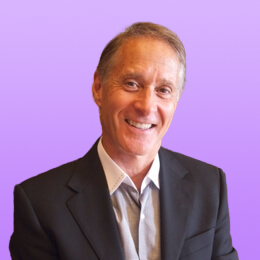 Rob has over 40 years experience in leadership training and business development and has run several successful training companies.

His career in the training and coaching business started out in Dale Carnegie Training in the 80s. If you haven't heard of Dale Carnegie you will have heard of the book How to Win Friends and Influence People, Dale Carnegie wrote that book.

He built rural regions like Essex & Kent up to outperform international centres of business like London, Manchester and Birmingham. And his office won prestigious company awards year after year.

Dale Carnegie HQ in the US offered Rob the opportunity to take over the New York City office but he chose to stay in the UK and went on to build the Yorkshire region into one of the largest Dale Carnegie offices in the world. Rob eventually sold his franchise to retire.

Not being quite ready for retirement he founded 2inspire (which later became Quarterdeck) and developed the highly effective Inspirational Leadership Programme.